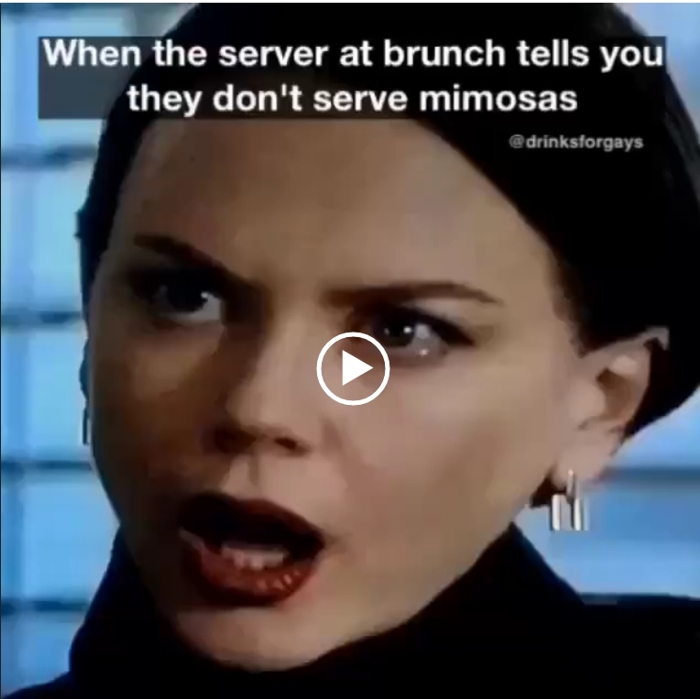 It’s amazing when a door opens and a light shines in, when something dawns on you so wonderful, so useful, a tool, a step, a permission to be! It’s just about as great as mimosas at Sunday Brunch!

So, we’re in our acting class, A Working Group, working on this genius of an exercise that only our teacher, mentor, auditioning savant Sally Allen, of Brock-Allen Casting, could be so brilliant to devise. We’re working on active listening and think we’re each to do our monologue on camera. What she does, instead, is subtly reverse the lesson. Suddenly it’s not the one doing the monologue that’s on camera, it’s the one listening. And, boy howdy, does that camera reveal the truth!

“Nobody’s home.” That’s what they say in the editing room when the actor on camera who is listening has no reaction, when they’re empty of response. Or at least that’s what I’m told by my NYC film editing cousin, Eddie Nichols who, for years, has worked for countless major directors, including, can I name drop here, a year for Woody Allen. And where does that deadpan “Nobody’s home” clip end up? On the cutting room floor.

What we’re supposed to do, as actors, is react the way we naturally would do in real life. If someone tells you their closest loved one died, that they were locked outside in a hotel hallway with only a towel or their hair is on fire, anything, you’d have a reaction. It’d be spontaneous. You’d reach out to that person with your thoughts, your heart, your words, your laughter. Sounds easy, right? Sure, unless you’re an actor in front of a camera. In that case, the controlled, formal, let’s-not-make-a-mistake-and-overact training takes you over like a disease. And, God help us, it’s contagious.

So, we’re doing our scene and, take two, Sally gives me a big clue. She tells me it’s okay for me to be me. She gives me permission to talk, to verbally react to what’s being said as I think it. Now, I understand this might not always fly in every audition, but, damn! the difference it made on camera!

I’m the mouthy one. I have to talk. If I’m relaxed, I’m talking. It is repressing for actors, me particularly, as Sally Allen pointed out, to stand there in an audition and be so controlling of ourselves. To be more concerned with what is or is not working on camera instead of simply being ourselves and responding as we normally would. In real life. As a human being. Not as an actor.

Of course, there are those incredible, fantastic actors who make it seem oh, so easy. Oh, my God! Idris Elba is absolutely uncanny at this in the British series, Luther! Sidenote: Are you crazy? Of course, he should be the new Bond! And, there’s the incredible Regina King in Leftovers and everything else she’s done. Then there’s Nicole Kidman when at Sunday Brunch they don’t serve mimosas. You can see for yourself below she’s got ten different ways to react to that.

Oh my, so much to learn, but I’ll tell you this, I am uber relieved that Sally Allen has yet again given me permission to be myself on camera. To use, as she says, what makes me unique. It is important that I do not cease to be myself, even in auditions. I don’t ever think I could in real life, but now, Hallelujah! all is right in the world, I get to do that on camera. – By Martha Hannah