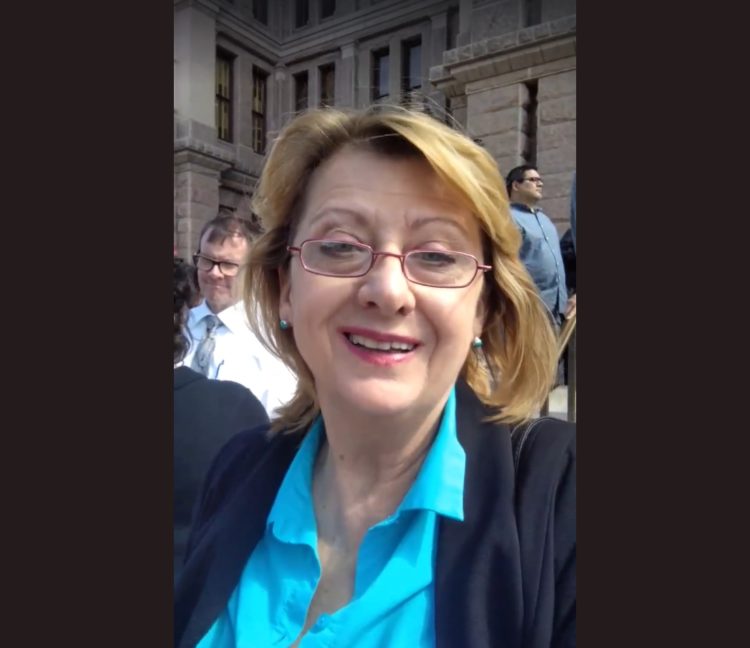 Standing up! Off I went to Texas Moving Image Industry Lobby Day this past Thursday at the Texas Capitol in Austin. To meet with Texas Representatives or rather, their assistants to help lobby to keep the big film, TV series, commercials, video gaming, web series industry alive in Texas. Busy day!

For every $1.00 Texas spends to fund the Moving Image Industry here, they get $5.55 in return. Not bad. Over 10 years the Industry made Texas $1.25 Billion in profit, created 153,000 jobs. It benefits everyone from Industry folk, film schools and programs to tourism to retail. A broad-sweep win-win. Yet, look at Georgia. They’re now 3rd in worldwide film production, tied with Louisiana. In 2016 alone, Georgia generated over $7 Billion to their economy. New Mexico’s film industry in 2015 pumped $288 million into their economy.

Texas, with its ‘can do spirit’, is known for its exemplary production crews, talent, special effects and logistic guys, casting directors, agents, accountants, professionalism and accessibility. People like and want to film here. But, it’s business. Industry investors have to have the right incentives, rebates to make it feasible. According to Eric Whitt, Head of Santa Fe Film office, “Major film and television production does not take place anywhere in the world anymore without an incentive.”

In Texas, these rebates benefit only Texans. That’s where our Texas Legislature comes in. They either help us or they hinder us. And if the right funding is not passed, industry professionals will have to follow the work. It’s business, livelihoods. It’s families getting to eat or not and whether or not you can afford insurance or a dog. Bottomline, you simply can’t stay where you can’t find work. This is not about Hollywood, this is about Texans.

We’re already losing work to other states, people beginning to move. Because of Texas Legislature’s past cut-backs on the Texas Moving Picture Rebate Program, ‘American Crime’ and ‘From Dusk to Dawn’ moved production from Austin to New Mexico. And the list goes on.

Time to step up, so off I went last Thursday to the Texas Capitol to represent. Proud to say, I was joined by other A Working Group actors, Ammie Leonards, Emily Farr and Laura Galt Snavely. There was such a great turnout of widely diverse Industry folk. We organized, prepared speaking points, traveling in small groups throughout the vast warren of Texas Representatives offices located in the underground plaza just back of the Capitol.

In my group, of the many that spoke, including myself, a film and TV productions accountant told of a TV pilot that recently filmed in Austin. The production company had her do different budgets taking Georgia, Louisiana and New Mexico’s rebates in account. They love Austin, want to film here, but will have to go elsewhere if the funding for the Texas Moving Picture Rebate Program does not pass. At any rate, on Lobby Day we showed up. We were prepared, thorough, professional and hopefully, effective. We’ll see. Fingers crossed. Because I certainly love Austin and Texas and want to stay here. Enjoy my video below, filmed as we began the day. -– By Martha Hannah